Cheteshwar Pujara: Cheteshwar Pujara is playing county cricket after being dropped from the Indian Test team due to poor form and then going unsold in the IPL mega auction. He is playing for Sussex in County Championship Division 2. Playing for this team, he has scored four consecutive centuries in four matches of this season. Pujara scored his fourth century in the ongoing match against the Middlesex team. The video of a shot of Pujara in this match has also become quite a shadow on social media. This video is of one of his upper-cut sixes, which hit him to Pakistani fast bowler Shaheen Afridi, who was bowling for Middlesex.

On Saturday, when Pujara had come to the crease on the third day of the match, Shaheen Afridi was put to bowl in front of him. Shaheen bowled a bouncer to Pujara on the off side, on which Pujara played an upper-cut shot and sent the ball straight across the boundary line. This shot of Pujara is being liked a lot on social media.

Cheteshwar Pujara, who has been out of form for a long time in international cricket, is making a splash in county cricket. He has now scored a century against Middlesex after Derbyshire, Worcestershire and Durham. In this season of County Championship, Pujara’s four centuries also include two double centuries.

Veteran player Pujara did not find any buyer in the IPL mega auction this time. This is because he was not able to play big innings for a long time. He last scored a century in international cricket in January 2019. He scored this century in the Sydney Test against Australia. Since the beginning of the year 2020 in Test cricket, he has been able to score runs at an average of just 26.29.

He flopped badly during the Test series against South Africa in December-January. He was able to score 124 runs in 6 innings of three Test matches at an average of just 20.66. He was ruled out of the Test series against Sri Lanka due to poor form. He was advised to play domestic tournament Ranji Trophy to regain the momentum but here too Pujara could not show anything special. 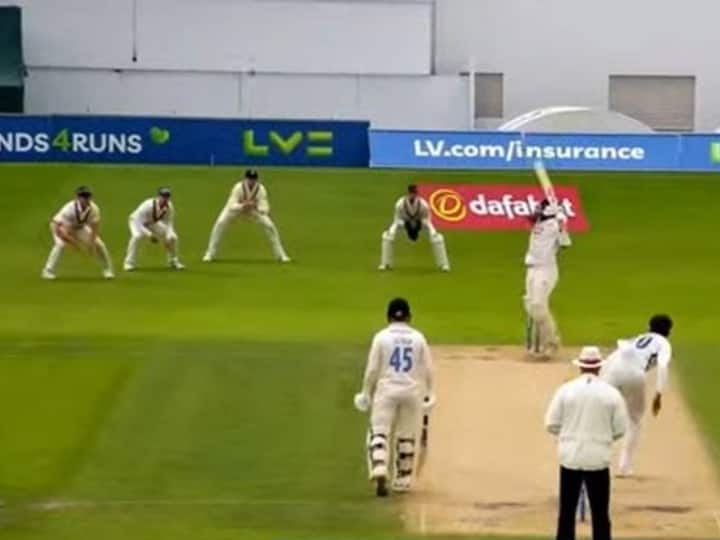 Yuvraj and Pietersen clashed, this is how the war went on on Twitter over favorite football teams Cheteshwar Pujara: Pujara continues his success in the County Championship, scored a century in the fourth consecutive match

Cheteshwar Pujara in County Cricket: Cheteshwar Pujara, who has been out of form for a long time in international cricket,… Read More »Cheteshwar Pujara: Pujara continues his success in the County Championship, scored a century in the fourth consecutive match