The new collision of superhumans in the magical world of Marvel, its thrill gives new high to the thrill of the fans

Doctor Strange in the multiverse of madness

Doctor Strange In The Multiverse Of Madness: The universe of Hollywood’s Marvel films has become so wide here that even after watching First Day First Show in theaters, it is not realized that foreigners are watching a film. All the characters of these films have become familiar to the new as well as the old generation. The result is that the story goes out of the story and the audience waits for the new and old characters. As soon as they come on the screen, they are greeted with a thrilling noise. Doctor Strange (Benedict Cumberbatch) is also one of such popular characters and he is recognized as a different superhero among all the superhumans of Marvel’s world. After a long time, this story of Doctor Strange has come and this time it is about the multiverse. That is, another universe in parallel or in the neighborhood of our universe. In this way it is the story of the movement of superhumans between two universes.

Many things about the film are bound to bind. Its characters, their stories, their world made up of special effects and the acting of the actors. Doctor Strange may be at the center of the story, but Wanda Maximoff aka Scarlet Witch (Elizabeth Olsen) makes him dance on her fingers. The multiverse begins with the marriage of Doctor Strange’s girlfriend Christine Palmer (Rachel McAdams). She is getting married to a fan of Doctor Strange and then there is a ruckus outside. Teenage America wants to kidnap Chavez (Jochital Gomez) with an octopus-monster attack on her. Doctor Strange and Wong (Benedict Wong) save her from this monster and it is then that Chavez is not an ordinary girl. He has unique power. She can move from one universe to another not only herself, but can also reach someone else. Somebody wants to take away this power from him. Who is he and why does he want to gain the power of Chavez. As soon as this question is answered, the story moves towards new interesting trails.

Doctor Strange in the Multiverse of Madness actually looks like a madhouse world, which does not give the viewer a chance to stop and breathe. The rapidly changing universe and the superheroes who come to live in it in one fast paced scene after another surprise the fans. There is another earth like our earth in another universe. There are also superheroes like the superheroes of the Earth. Equipped with the same complexion and the same powers. His family-private life is also like the great human beings of the earth. But when they come face to face, new turns come in the lives of these great human beings. It is of course that if you are not familiar with the characters of Marvel, then the film can be a bit difficult to understand. But it is not that everything will go over the head. Different superhero avatars impress the viewer with their magical powers. The basics here are as simple as every story. Fight against injustice and victory of good over evil but it is also true that there are layers to the story here but they have their own adventures. Along with English, the film has also been released in Hindi and some other regional languages. The character of Doctor Strange has all its strengths and is seen living an almost triple life in different universes. But there is no confusion or confusion here as the script is clear. Benedict Cumberbatch has a slight gray hair in the role of the aging Strange, but he does not fall short in fitness. Elizabeth Olsen as Wanda Maximoff aka Scarlet Witch dominates the film. Olsen, who started out as a mother full of magical powers, is in turmoil when she changes colors. He has done a tremendous job. In this way, Jochital Gomez in the role of America Chavez also impresses with her innocence. This is the second film in the Dr. Strange franchise and the writers and director have maintained the perfect balance of thrill, action, emotion with visual effects. Director Sam Raimi, who is known worldwide for the series of films The Evil Dead and Spiderman, has a complete hold on this film. He does not let the viewer’s attention go away from the film even for a moment. The film has been made colorful with special effects and these colors look good to the eyes. The background music of the film enhances the effect of the story. Overall, this is such a science fantasy, which not only attracts the new generation of Marvel addicts, but for those who are not aware of this world, it proves to be a different experience.

Also read: Guess Who: This star is going to be seen in the remake of the popular horror comedy film, is he recognized in the childhood photo? 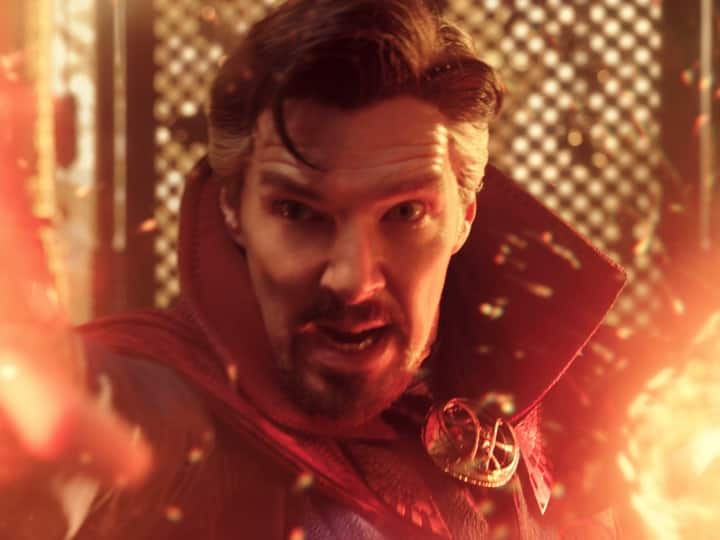