Prince Narula to be Part of Ekta Kapoor Balaji Telefilms: The 70-day tyrannical game ‘Lock Up’ of Bollywood Queen Kangana Ranaut has come to an end. The winner of the controversial reality show Lock Up has been found on Saturday. Comedian Munawar Faruqui has won the lock up trophy. At the same time, the name of Prince Narula was also included in the top 6 finalists of Lock Up, but the purpose of Prince was not to win the trophy but something else. Apart from this, Prince has got a big jackpot in the show.

Actually, Prince Narula was being seen as a forced contender for the lock-up show, ever since Prince entered the show, he was constantly in the headlines. Prince Narula’s name was also included in the top 6 finalists, but on this occasion, Kangana’s announcement about Prince surprised everyone. While disclosing about the prince, Kangana Ranaut said that even after coming to the finale, the prince was not a part of the finale.

Actually, Prince Narula had come not as a contestant in the show but to make it difficult for the rest of the contestants in the show. Prince did this even after taking entry in the show and was in constant discussion. He did his work with full dedication. That is why even after not getting the trophy of the show, Prince has remained the hero of the entire show. As always, Prince once again won the hearts of the audience in this show. This was the reason that speculations about Prince Narula being the winner had also started in some reports.

Although Prince Narula has also got a big jackpot in this show. Prince Narula was offered a project by Balaji Telefilms after doing his job well in the show. However, it has not been informed yet that Prince will be a part of Balaji’s project. After 70 days of atrocious game, lock up winner Munavvar will soon be seen resting here abroad 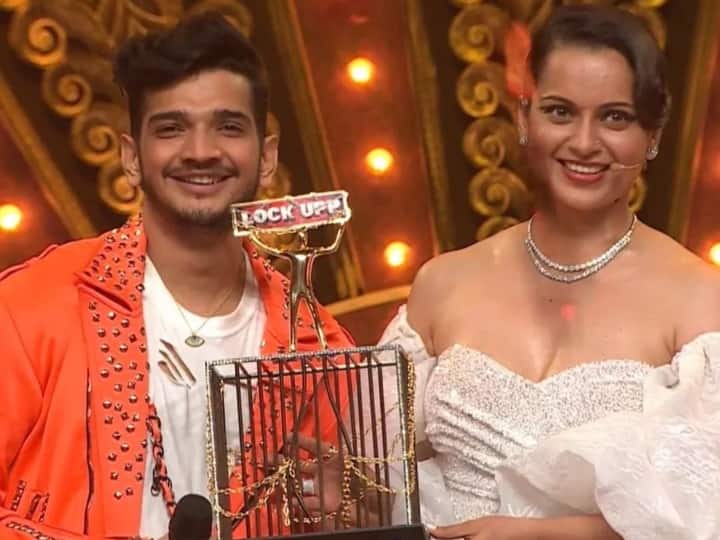 Lock Upp: Munawwar Farooqui emerges from Kangana Ranaut’s captivity as the winner of the show, got a huge amount with the trophy

The finale of the 70-day lock-up reality show is over now. Standup Comedian Munawar Faruqui (Lock Up Winner Munawar Faruqui)… Read More »Lock Upp: Munawwar Farooqui emerges from Kangana Ranaut’s captivity as the winner of the show, got a huge amount with the trophy VIdeo: As soon as he became the winner of ‘Lock Up’, Munawwar Farooqui gave this big statement about Kangana Ranaut…

Lock Up Winner Munawar Faruqui First Interview: Bollywood queen Kangana Ranaut’s controversial reality show Lock Up has got the winner… Read More »VIdeo: As soon as he became the winner of ‘Lock Up’, Munawwar Farooqui gave this big statement about Kangana Ranaut…