South African great AB de Villiers has decided to retire from all forms of cricket. This decision of his means that this great player, who has already retired from international cricket, will no longer be seen playing in the IPL. After retiring, he has thanked the entire team of Royal Challengers Bangalore and Virat Kohli. He wrote, “I have spent a long time playing for RCB. This year I have completed 11 years for the franchise and now it is very sad to leave the boys. Of course, it took a long time to reach this decision, but after much deliberation, I have decided to retire and spend time with my family.

He further wrote, “I would like to take this opportunity to thank the RCB management, my friend Virat Kohli, teammates, coaches, support staff, fans, and the entire RCB family for showing faith in me and supporting me over the years. It has been an incredible journey. There are so many memories to cherish for a lifetime. RCB will always be very close to me and my family and will continue to support this wonderful team. I’ve been rcbian forever. I started playing cricket with my elder brothers in my backyard and since then have played the game with full joy and tremendous enthusiasm. At the age of 37, that flame no longer burns as fast. I have to accept this. This is the reason why I have announced my retirement.

The mega auction is to be held before IPL 2022 and in such a situation it is a big setback for RCB. Before his retirement, it was expected that the franchise would retain him. De Villiers scored 5162 runs in 184 matches at an average of 39.71 in IPL. During this, his strike rate was more than 151 and his bat scored 3 centuries and 40 half-centuries.

Took retirement from international cricket in May 2018
It is worth noting that in May 2018, de Villiers had said that while retiring, he was now very tired and wanted to rest. His decision, taken almost a year before the World Cup 2019, surprised everyone. However, AB later expressed his desire to return to international cricket, but at that time the South Africa Cricket Board had flatly refused him. 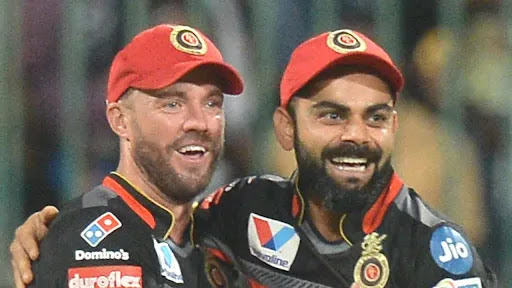 Mirabai Chanu: How much has the sport of weightlifting changed in India? Mirabai Chanu gave this answer Team India’s performance in Zimbabwe has been strong so far, know how many matches it has won

India vs Zimbabwe KL Rahul ODI Series Harare: Team India is on Zimbabwe tour. Here the Indian team will play… Read More »Team India’s performance in Zimbabwe has been strong so far, know how many matches it has won