Kriti Kharbanda wishes Mother’s Day: The name of Bollywood actress Kriti Kharbanda has been included in the list of well-known actresses of the industry. Kriti has made a place in the industry due to her hard work. These days, Kriti Kharbanda is constantly in the headlines for the news of her relationship. Meanwhile, the actress has shared pictures and videos of some beautiful moments spent with her mother on the occasion of Mother’s Day.

Actually, today on the occasion of May 8, all the celebrities are sharing their pictures and videos remembering their mother in their own way. Actress Kriti Kharbanda has also shared some pictures on this special occasion. Kriti has posted the latest on Instagram. In the first post, the actress has shared a video. In this video, Kriti Kharbanda and her mother are seen dancing on the dholak in the music. This video of the actress and her mother is from the music ceremony of Kriti’s sister Ishita.

Lock Up Prince Narula: Not the trophy of ‘Lock Up’ but it was the work of Prince Narula, Alt Balaji’s series got involved in the show!

Let us tell you that Kriti Kharbanda is in discussion these days regarding her relationship with actor Pulkit Samrat. Recently, Kriti and Samrat also reached Salman Khan’s sister Arpita Khan’s Eid party together. Not only this, the emperor was also seen fixing Kriti’s saree. 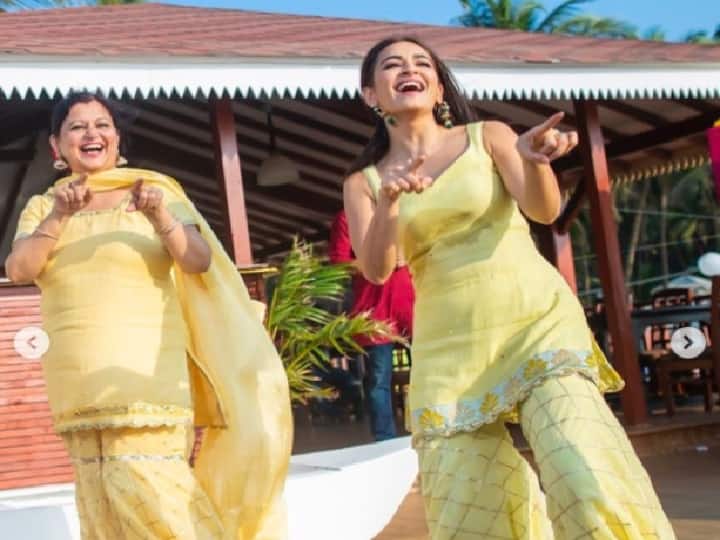 Sapna Choudhary Shares Mothers Day Post: Although Sapna Choudhary often makes the audience crazy with her amazing and unmatched pictures… Read More »Sapna Choudhary shared the feeling of being a mother while feeding her son