IPL 2022: These players may end their IPL career

56 matches of IPL 2022 have been played. While many players have performed better than expected this season, some players have disappointed. The career of these players may end after this season. These include former West Indies captain Kieron Pollard to Vijay Shankar of Gujarat Titans, Manish Pandey of Lucknow Supergiants, Jaydev Unadkat of Mumbai Indians and KKR opener Ajinkya Rahane.

Vijay Shankar
Vijay Shankar has had a very disappointing season. This season this all-rounder has flopped with his bat as well as the ball. Vijay Shankar, playing for Gujarat Titans, has scored only 19 runs in 4 matches so far this season. During this his strike rate has been 54.2. At the same time, Vijay Shankar has not been able to do anything special with the ball.

Manish Pandey
Manish Pandey has also disappointed with the batting for  Lucknow Super Giants in IPL 2022. This season he has scored only 88 runs in 6 matches at an average of 14.67 and strike rate of 80. Manish Pandey has so far played for Mumbai Indians, Royal Challengers Bangalore, Pune Warriors, Kolkata Knight Riders, Sunrisers Hyderabad and Lucknow Supergiants.

Jaidev Unadkat
Mumbai Indians pacer Jaydev Unadkat has disappointed with his bowling this year. He has taken only 6 wickets in 5 matches by spending 190 runs at an economy of 9.50. His best performance so far this season is 32/2. Looking at his performance, it seems that he will not be seen in the IPL next season.

MI vs KKR: ‘No umpiring is being fraud’, fans furious after giving out Rohit Sharma, such reaction came to the fore 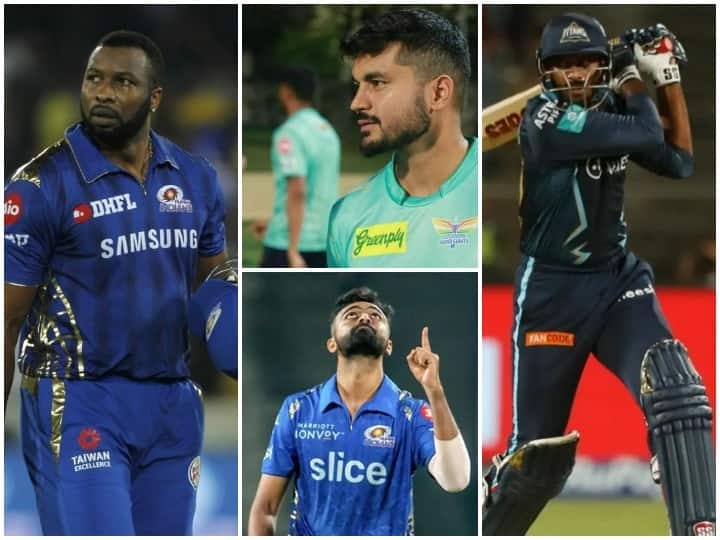