Woman Murdered After Rape In Bareilly He Was Drunk, Scratch Marks Found On The Whole Body See Photos was skinned

In Nawabganj of Bareilly district of Uttar Pradesh, after raping a woman who had gone to get fodder from the field, a case of strangling her with chunari has come to light. His half-naked body was found lying in the sugarcane field, many wounds were also found on his face and body. On behalf of the woman’s husband, the police have registered a report against an unknown person. A 50-year-old woman from a village in Nawabganj area, along with three other women from the neighbourhood, had gone to the farm at 9 am on Saturday morning to cut fodder for the animals. The women who went along came back home after cutting the grass, but she stopped at the field after saying some grass and cutting. When she did not return home till noon, the family members went out in search of her. His half-naked body was found lying in the sugarcane field of Meghnath in Dandiya Birmangala village around 2 am. He had multiple scars on his face and body. The noose of chunari was tight around his neck. Both the slippers were lying nearby but the salwar was lying far away. 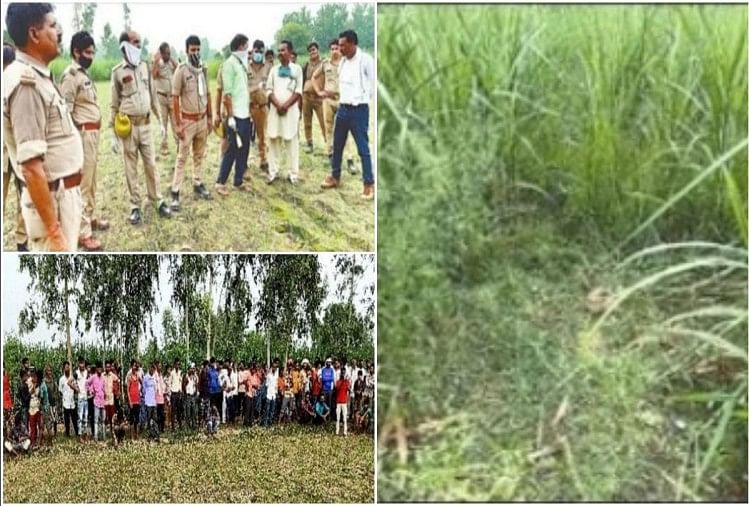