India’s daughter Shirisha Bandla, who traveled to space in the first fully crewed successful test flight of ‘Virgin Galactic’, said seeing the earth from above was a wonderful and life-changing experience. 34-year-old Shirisha has become the third woman of Indian origin to fly into space with British billionaire Richard Branson from the US.

Aeronautical engineer Bandla (34) on Sunday became the third woman of Indian origin to fly into space when she successfully conducted the first full crewed test flight to space of ‘Virgin Galactic’ with British billionaire Richard Branson from the US state of New Mexico. Filled. In the spacecraft’s flight from New Mexico, Branson, along with Bandala five more people, reached the edge of space at an altitude of about 53 miles (88 kilometers). There they returned after feeling weightlessness for three to four minutes and seeing the sight of the earth.

Let us tell you that Bandla along with Banson and five others reached the end of space at an altitude of about 53 miles and returned there after feeling weightless for three to four minutes and seeing the view of the earth. Shirisha Bandla said in an interview with ‘NBC News’, I feel like I am there now, but it was a great pleasure to be here.

I was trying to think of a better word than wonderful, but that’s the only word that could come to my mind. Seeing the view of the earth is like changing lives. Traveling in space is really wonderful. Describing the moment as emotional, she said, “I was dreaming of going to space since childhood and it is really like a dream come true.”

cost will definitely come down
Asked if space travel is just a pleasure ride for the rich? To this, he said, VSS has become Unity’s space ride as soon as Virgin Galactic is built. But two more spacecraft are under construction and we expect the cost to come down.

She said, ‘I wanted to be an astronaut, but I couldn’t get into the National Aeronautics and Space Administration (NASA) and I took a very unconventional way to go into space and I believe a lot of people are going to experience it. are leaving and that’s why we are here.’

Born in Guntur district of Andhra Pradesh, Bandla moved to the US at the age of four and earned a bachelor’s degree in science from Purdue University’s School of Aeronautics and Astronautics in 2011. He completed his Master of Business Administration degree from George Washington University in 2015. Bandla wanted to become an astronaut for NASA. But, she could not do so due to weak eyesight.

Shirisha Bandla has become the third woman of Indian origin after Kalpana Chawla and Sunita Williams to fly into space. Wing Commander Rakesh Sharma is the only Indian citizen to travel in space. The former pilot of the Indian Air Force flew on a Soyuz T-11 on April 3, 1984, as part of the Soviet Intercosmos program. 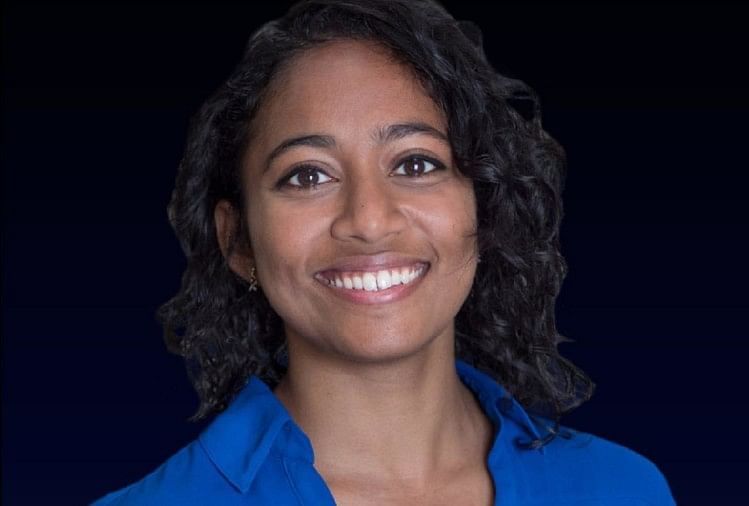