Meteorological Department Says Forecast Of Heavy Rain In The Country Next Week, Warning For Himachal Pradesh – Weather Update: Heavy rain forecast in many areas of the country next week, alert for Himachal

Around 250 residents of the city’s Kurla area were evacuated from the city’s Kurla area as the water level in Mithi river rose due to heavy rains in the country’s financial capital Mumbai and its suburbs since Friday morning. At the same time, in many areas of the plains of North India, despite the re-activation of the Southwest Monsoon, the temperature remained above normal due to lack of rain.

Although light rain occurred at some places in Uttar Pradesh, a warning of heavy rain has been issued for Himachal Pradesh. The India Meteorological Department (IMD) said that heavy to very heavy rains are forecast in many parts of the country, including the northern region, in the next six to seven days.

The department said that heavy rains are expected in Uttar Pradesh on July 18, Jammu on July 19 and Uttarakhand on July 18 and 19. It said, during the next 24 hours, there is a possibility of lightning and rain at isolated places in Gujarat, Madhya Pradesh and South Rajasthan. Due to this there is also a possibility of casualties to people and animals outside the house.

During the next six-seven days, widespread rain is very likely to occur over the West Coast and rest of West Peninsular India except Gujarat. The department said that heavy to very heavy rainfall is likely over Konkan, Goa, Ghat areas of Madhya Maharashtra, Karnataka, Kerala during the same period.

The IMD said that there is a forecast of heavy rain in the northeast as well. Heavy rains are expected at isolated places over Northeast India, Sub-Himalayan West Bengal and Sikkim till July 19, the intensity and spread of which is likely to reduce gradually later.

National capital Delhi recorded a maximum temperature of 37.8 degrees Celsius on Friday, which is three notches above the season’s normal temperature. The minimum temperature recorded here was 27 degree Celsius. The Meteorological Department has predicted partly cloudy sky with the possibility of rain or light rain in Delhi on Saturday.

According to the Meteorological Department in Himachal Pradesh, a ‘yellow’ warning has been issued in view of the possibility of heavy rain, thunderstorm and lightning on the plains, low and middle hills on Saturday. At the same time, ‘Orange’ warning has been issued by the department for July 18-20 for heavy to very heavy rain, thunderstorms and lightning. Moderate rain occurred in some areas of the state on Friday.

Haryana and Punjab also saw a rise in maximum temperatures on Friday after a few days of respite from monsoon rains. The combined capital of both the states recorded a maximum temperature of 36.8 degrees Celsius. According to the forecast of the Meteorological Department, heavy to very heavy rains are forecast at some places in Haryana on July 18, 19 and 20. 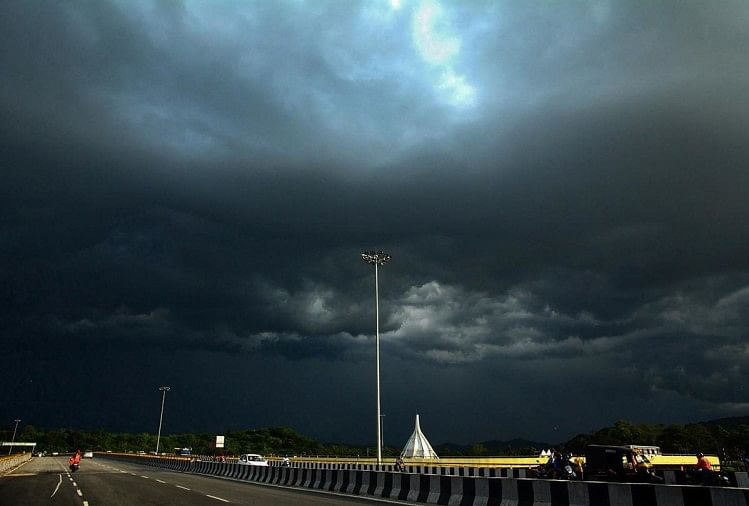