However, Pramanik’s close friend and BJP Lok Sabha MP from West Bengal denied the allegations, saying that the minister was born, brought up and educated in India. While commenting on the matter, Trinamool Congress leaders asked how the central government allowed such a ‘security loophole’ to happen.

In a letter to the prime minister and shared on Twitter, Bora claimed that Barak Bangla, Republic TV Tripura, Digital Media, India Today and Business Standard have reported in their reports that they are authentic Bangladeshi citizens.

Quoting reports, the MP claimed that the minister’s place of birth is Harinathpur which comes under Palasbari police station in Gaibandha district of Bangladesh and it is reported that he had come to West Bengal to study computer.

Bora claimed that after getting a degree in computer, he first joined the Trinamool Congress and later joined the BJP and was elected MP from Cooch Behar.

Bora claimed that according to news channels, Pramanik tampered with his address in the election nomination papers to show his Cooch Behar address. The channels also highlighted the “happy atmosphere” of his native village in Bangladesh, with “his elder brother” and some villagers expressing satisfaction over Pramanik becoming the Union Minister of State for Home.

Bora said in a letter to Prime Minister Modi that if this is the case then it is a very serious matter for the country that a foreigner has been appointed as a Union Minister. Therefore, I demand from you (Prime Minister) that the birthplace and nationality of Nisith Pramanik should be investigated in a transparent manner so that the confusion arising in the entire country can be removed.

West Bengal’s Minister of State for Information and Cultural Affairs, Indranil Sen said in a Twitter post, “Shocked and shocked to learn that Union Minister Nisith Pramanik may be a citizen of Bangladesh! If the current Union Minister is a foreign national, it is a matter of alarming concern for the security of India. How can the Narendra Modi government allow such a security lapse to happen?

West Bengal BJP general secretary Sayantan Basu said there was no basis for the allegation. Basu said the Trinamool Congress is free to approach the court if they want to add to the issue.

Earlier, when contacted sources close to Pramanik said that the minister is a patriotic Indian who was born, brought up and educated in India and added that the allegations against him are baseless.

What can he do if some of the minister’s relatives are celebrating in another country, the sources said. He said that if the Indian relatives of a Canadian MP celebrate the festival in India feeling proud, then what has the Canadian MP got to do with it.

A source said that it could be a similar case. He hit back at Bora and said that the responsible MP should know what is wrong and what is right. 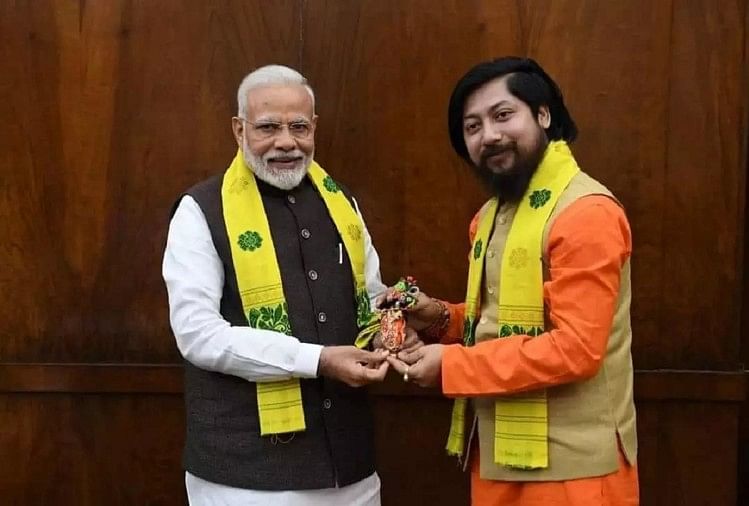