Team India won the three-match ODI series 2-1 against Sri Lanka on Friday. But the Indian team had to face defeat in the third and last ODI. In this match played at the R Premadasa Stadium in Colombo, Sri Lanka defeated India by three wickets on the basis of brilliant half-centuries from Avishka Fernando (76) and Bhanuka Rajapaksa (65).

Sri Lanka thus got a target of 227 runs by the Duckworth-Lewis method, which was easily achieved by the hosts with 48 balls to spare. Young bowlers did an amazing job from India. Rahul Chahar took three wickets for 54 runs. At the same time, Chetan Sakariya took 2 wickets while Gautam and Hardik Pandya took 1-1 wickets.

Young batsmen Prithvi Shaw (49), Sanju Samson (46) and Suryakumar Yadav (40) failed to convert a good start into big scores as India entered the field with five new players in the third and final ODI against Sri Lanka. I was dismissed for 225 runs in 43.3 overs here on Friday. Shaw shared a 74-run partnership with Samson for the second wicket.

India, who took an unassailable 2-0 lead in the series, won the toss and elected to bat, but when they scored 123 for three after 23 overs, it rained, reducing the match to 47-47 overs. .

In this way Sri Lanka got the target of 227 runs by Duckworth-Lewis method. India lost five wickets within 38 runs when the game resumed after rain. He reached the 200-run mark with a 29-run stand for the ninth wicket between Navdeep Saini (15) and Rahul Chahar (13). For Sri Lanka, leg-spinner Akila Dhananjaya and left-arm spinner Pravin Jayawickrama took three wickets each.

This was the second time in the history of Indian cricket that so many players came out to play their first match. Earlier in December 1980 against Australia at the Melbourne Triskate ground when spinners Dilip Joshi, Kirti Azad, Roger Binny, Sandeep Patil and Tirumalai Srinivasan played their first ODI. 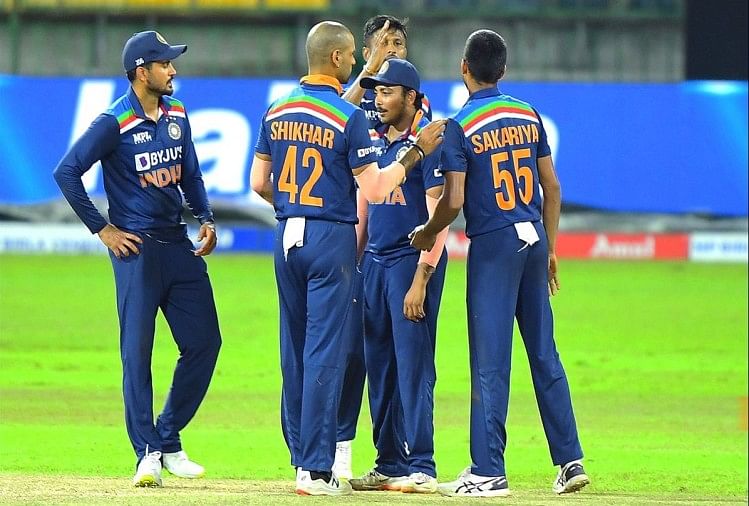