Himachal Weather Today: Heavy Rain Alert For Two Days In Himachal, People Advised Not To Go Near Rivers And Streams

Heavy rains in Himachal Pradesh on Sunday night and on Monday morning wreaked havoc in many districts. The maximum damage occurred in district Kangra. Six houses were washed away in Shahpur’s Woh Ghati, a woman’s body has been found, 9 to 10 people are still missing. At the same time, a 10-year-old girl was washed away in Nagrota Bagwan in the strong current of water, whose body was found 300 meters away. A young woman has gone missing after falling into a waterfall in Manali’s Hamta. The girl is said to be a student of MBBS. Twelve cars, a dozen motorcycles and two bridges at Sheela Chowk were washed away in Bhagsunag, the main tourist destination of Dharamsala. On the other hand, the Meteorological Center Shimla has also issued an orange alert of heavy to very heavy rain on July 13. Whereas from July 14 to 16, a yellow alert has been issued. The weather is likely to remain bad in the state till July 18.

According to the latest forecast issued by the Meteorological Center Shimla on Monday night, heavy to very heavy rains are likely to continue in Kangra, Hamirpur, Mandi, Bilaspur, Shimla, Sirmaur and Solan during the next 48 hours. After that it may decrease. Center director Surender Paul said these conditions could lead to landslides, flooding of low-lying areas, increased flow of rivers and streams, disrupting civic amenities, etc. He has requested the concerned departments to take adequate security measures. He also said that the cloud has not burst in Mcleodganj in Dharamsala. Heavy to very heavy rains have caused much damage. The department has issued an advisory that due to heavy rains, there is a danger of landslides, falling of trees and increasing the water level of rivers and streams. Tourists, locals have been advised not to go near rivers and streams. 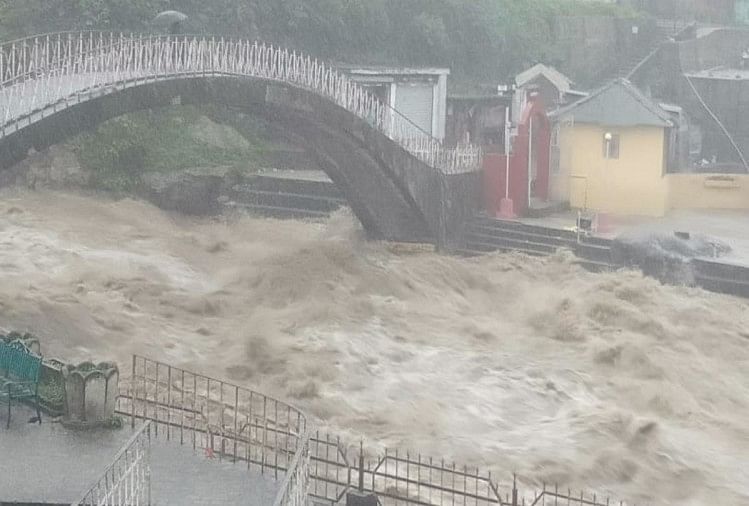