Farm Laws Repeal: Prime Minister Narendra Modi has announced the withdrawal of three agricultural laws in his address to the nation. The farmers of the country are opposing these laws. Let us know 5 reasons for this decision.

Taking a big step, the central government has withdrawn all three agricultural laws. Farmers have been protesting against these laws for the last year. Prime Minister Narendra Modi in his address to the nation on Friday morning announced the withdrawal of agricultural laws.

The Prime Minister said, “Today while apologizing to the countrymen, I want to say that there must have been some deficiency in our penance. He said that some farmers could not convince the brothers. Today I have come to inform the whole country that the government has decided to withdraw all three agricultural laws. The winter session of Parliament is starting from November 29. Let us know what is the reason behind this decision of the Modi government.

Assembly elections in Punjab to be held next year

Shiromani Akali Dal was the oldest ally of BJP in Punjab. But after this law came to the fore, he broke his alliance with BJP. With this, he withdrew his support to the Narendra Modi government. This law had heated up the politics of Punjab. The biggest opposition to these laws was in Punjab itself. In Punjab, people were publicly opposing the BJP leaders. BJP leaders were not being allowed to enter the villages. Even in the local body elections, people at many places did not even allow BJP leaders to campaign. In Punjab, no one was ready to compromise with BJP.

The BJP was worried in view of the assembly elections to be held in Punjab next year. In order to reduce the resentment of the people of Punjab against the BJP, the Central Government had decided to open the Kartarpur Sahib Corridor. This corridor has been opened only on Thursday. The very next day, the Narendra Modi government has decided to withdraw all three agricultural laws.

Anger against Narendra Modi government among farmers across the country

The impact of this peasant movement was seen in Punjab, Haryana, Rajasthan, Madhya Pradesh, Maharashtra, and Uttar Pradesh as well as West Bengal, Karnataka, Andhra Pradesh, Telangana, and Tamil Nadu. The farmers’ movement had started only after the Narendra Modi government came to power. First of all, in 2017 the farmers of Tamil Nadu came to Delhi and staged a sit-in for several days at Jantar Mantar.

Even they were forced to eat rats. The very next year, the farmers’ movement started in Maharashtra. Thousands of farmers marched from Bhiwandi to Mumbai. When Narendra Modi’s government brought three agricultural laws, farmers across the country rallied against it. Thousands of farmers from Punjab, Haryana, and Uttar Pradesh have camped on the three borders of Delhi for the last year.

Apart from this, American singer and actress Rihanna also supported the farmer’s movement. Among those who supported the farmers’ movement, Kamala Harris, who is currently in the post of Vice President of America, was also included. Apart from this, demonstrations were organized outside the Indian Embassy in countries like Britain, America, and Canada in protest against the agricultural laws.

The era of agitations started only after the Narendra Modi government came to power. The protest against the Modi government started with the appointment of a director at the Film and TV Institute in Pune. This series of protests that started from Pune reached the campuses of Delhi.

Students were arrested in Delhi’s Jawaharlal Nehru University over alleged anti-national slogans. While protesting against CAA-NRC, the police lathi-charged the students of Jamia Millia. The chaotic elements opened fire on the students. After entering the JNU campus, masked men beat up the students and ransacked the hostels. There were riots in Delhi in February last year. 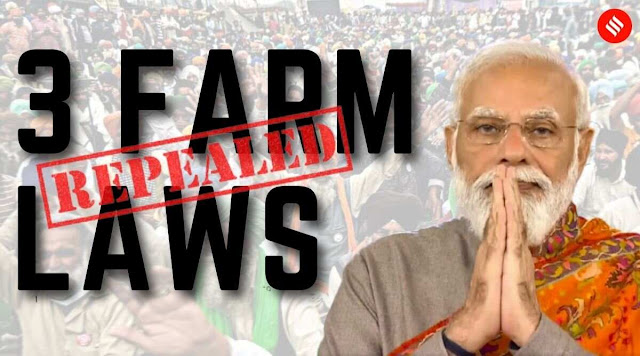