Farm laws explained: What are agricultural laws and why farmers were opposing them, know the whole thing here

You must remember 17 September 2020. This is the date when all three laws related to agriculture were passed in Parliament. These are the same laws against which the farmers’ movement started in November last year. Prime Minister Narendra Modi finally announced the withdrawal of these laws. Come, let us know what are these three agricultural laws.

What are agricultural laws?

This law is about providing facilities to the farmers to sell their produce in the Agricultural Produce Market Committee (APMC). APMC is colloquially called Mandi, Anaj Mandi, or Sabzi Mandi. It is designed to save the farmers from the clutches of moneylenders. The moneylenders could not snatch their produce from the farmers in the name of interest in the fields themselves, so a provision was made that the farmers would have to sell their crops by bringing them to the local mandis. The wholesale marketers sitting here buy their produce from them. There are commission agents who help farmers and traders in this buying and selling.

The concern of the farmers who opposed the agricultural laws was especially about the second act. In this, contract farming has been allowed. Contract farming means that someone should motivate the farmers to grow particular agricultural produce by giving an advance amounts and fixing the price of the produce. The argument against this is that the capitalists will buy any produce cheaply and store it on the basis of their storage capacity and when the rate increases in the market, the farmers will not have the opportunity to sell their produce. Capitalists will take full advantage. Due to this the urban common man will also suffer. Because the government has given permission to stock the produce.

The third law is the Essential Commodities (Amendment) Bill, 2020. Through this, cereals, pulses, oilseeds, edible oils, onions and potatoes have been removed from the list of essential commodities. The government says the steps taken in the bill are aimed at allaying fears among private investors of excessive regulatory interference in their business. It was told that this law would increase the income of the farmers as they would be free to sell their produce anywhere. They will not be required to sell their produce in the local market. Now big companies will go to the villages to buy the produce directly from the farmers. It will be beneficial for the farmers.

What is the contention of MSP?

The agitators argue that the government is conspiring to remove the MSP from the back door by introducing new agricultural laws. MSP stands for Minimum Support Price. That is the guarantee of minimum price to the farmers’ produce, which the farmers will get. Irrespective of the price of that product in the market, the farmers are not compelled to sell the goods for less than a fixed price, and that price is guaranteed by the government and the APMC does not bid for less than the price fixed by the government. There is a bid above that.

How will the law be returned?

Agricultural laws will be withdrawn after the announcement of the Prime Minister. Along with making laws, Parliament has the power to withdraw laws. The winter session of Parliament will begin on November 29 and end on December 23. Under Article 245 of the Constitution, Parliament has the power to make laws and withdraw them. If a law fails to serve its purpose, it is withdrawn. Usually, when a new law is enacted, the old law on that subject is withdrawn. For this, a special provision is added in the new law. 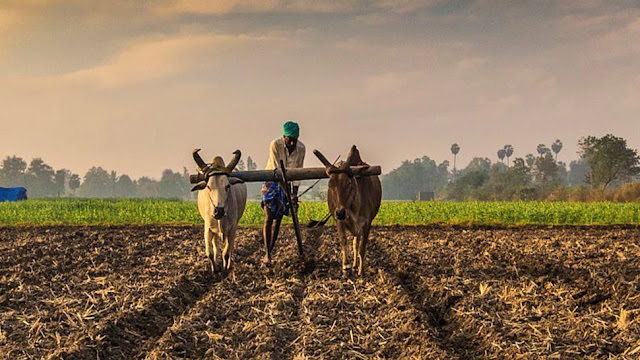