The Government of India has said that some reports had come to the fore regarding the increasing cases of Delta Plus variants in Tripura. The government said that between April and May this year, samples of 52 people who tested positive in RT-PCR tests were sent to NIBMG Kalyani for genome sequencing. The delta plus variant has not been found in any of these samples.

Three more cases of infection with the Zika virus were reported in Kerala on Sunday, including a child. With this, the number of people infected with Zika virus in the state has gone up to 18. A 22-month-old baby has been found infected in new cases. Apart from this, a 46-year-old man and a 29-year-old health worker have also been confirmed to be infected with the Zika virus. So far 18 people have been confirmed infected in the state.

Chhattisgarh Chief Minister Bhupesh Baghel on Sunday surrounded the governments of BJP-ruled states regarding vaccination. He said, ‘We have administered 87 lakh doses (first) of Kovid vaccines. Vaccination figures in Madhya Pradesh and Gujarat are bogus. BJP members cannot ask questions to their own leaders as they will be called traitors. Not one of his nine MPs got a chance in the Union Cabinet.

The number of ministers has increased, but not for vaccines: Rahul Gandhi

Congress leader Rahul Gandhi on Sunday took a jibe at the central government and said that the number of ministers has increased but the vaccines of Kovid have not increased. He also shared a chart of daily vaccinations, according to which, the target of completing immunization of all adults by December 2021 is still far away. Let us inform that Rahul Gandhi made this remark after 43 ministers joined the Prime Minister Narendra Modi-led government at the Center. The number of ministers in the Union Council of Ministers has now increased to 77.

465 new cases of corona virus infection were registered in Telangana in the last 24 hours. In the same period, 869 patients were cured here and four infected people died. Now the number of active cases of corona in the state has increased to 10,316. So far, six lakh 17 thousand 638 people have been cured of this disease and 3729 people have lost their lives.

53 new cases of corona infection were registered in Delhi during the last 24 hours. In the same period, 99 patients were cured here, while three infected people died. The number of active cases of corona in the union territory is now 743. At the same time, so far 25,015 people have lost their lives due to this disease. The infection rate here is currently 0.07 percent.

In Sikkim, 144 new cases of Kovid-19 have been reported in the last 24 hours, after which the total number of infected people has increased to 22,307. At the same time, after the death of two patients, the death toll increased to 315. Now 2267 patients are being treated here and 19,467 patients have become healthy so far. At the same time, at least 258 patients have gone to other states. The infection rate in the state is 19.1 percent and the recovery rate is 88.2 percent.

19 new cases of Kovid-19 have been reported in Ladakh, after which the total number of infected people has increased to 20,186. At the same time, 35 more patients became infection free. Health department official said that all the 19 cases have been reported from Leh district. In the Union Territory, no person died due to infection in the last 24 hours. So far 206 people have died due to infection here. Now 115 patients are being treated here.

145 new cases of Kovid in Puducherry, not a single death

In the Union Territory of Puducherry, 145 new cases of Kovid-19 have been reported in the last 24 hours and no person died due to infection during this period. Let us inform that this is the first time in more than six months that not a single person died due to infection in the Union Territory. The total number of people who died of infection here till July 10 is 1769. The total number of infected people in Puducherry has now increased to one lakh 18 thousand 976.

With the arrival of 2282 new cases of Kovid-19 in Odisha on Sunday, the total number of infected people increased to nine lakh 39 thousand 752 while the death toll rose to 4599 due to the death of 65 more patients. However, the Health and Family Welfare Department tweeted that the cases of death are not for a day. The cases of past deaths are added after the audit process is completed.

Delhi: At present no prisoner or jail worker is corona infected.

No prisoner and jail staff in all the three jails of Delhi is currently infected with the corona virus. However, COVID-appropriate behavior is being followed in the jails and the process of immunization of prisoners is also going on. Director General (Prisons) Sandeep Goyal gave this information on Sunday. The Jail Department had started the vaccination campaign for prisoners above 45 years of age on March 18 and for prisoners in the age group of 18-44 on May 18.

A large number of people reached Delhi’s famous Sarojini Nagar Market on Sunday. During this, most of the people were seen wearing masks, but the rules of physical distance were severely violated.

Rajasthan Chief Minister Ashok Gehlot on Sunday appealed to the people to follow the guidelines related to appropriate COVID behavior and prevention of the epidemic to stay safe from corona infection. He warned that if people were negligent, then like other countries, there could be a third wave of corona infection here.

If we are negligent, then like other countries, there may be a third wave. Again, there should be no chance of taking strict steps like lockdown, this will be possible only with the cooperation of all of you.

Assam: Financial assistance to women who lost their husbands to Kovid

Assam Chief Minister Himanta Biswa Sarma has launched a one-time financial assistance of Rs 2.5 lakh to all widows whose husbands died due to COVID-19, provided their annual family income is less than Rs 5 lakh. The Chief Minister handed over checks to 176 such women from eight districts at a program here under the ‘Chief Minister’s Kovid-19 Widow Assistance Scheme’. Sarma informed that so far 873 beneficiaries have been identified for this scheme. State ministers in the districts will hand over the checks to them by next week. 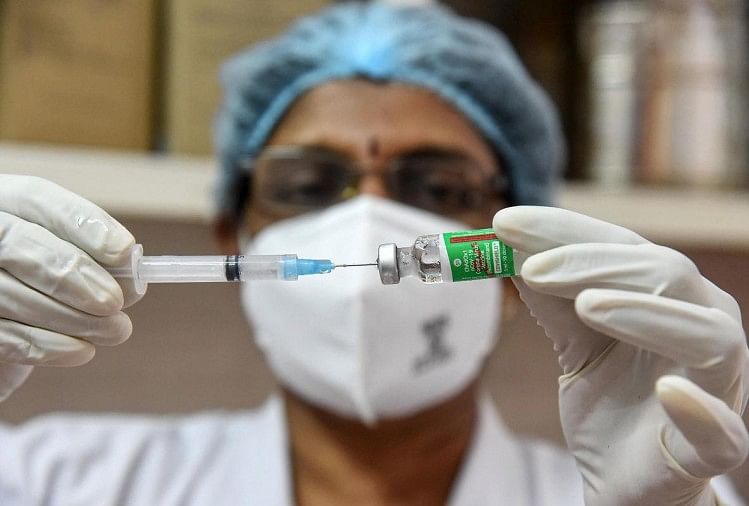