Fans said after seeing this photo of Salman-Sushmita, when will beaver number 2 come!

Biwi No 1 Sequel: A photo of Sushmita Sen and Salman Khan is becoming quite viral on social media. After which there has been an influx of comments from his fans. Actually this photo is of Salman’s sister Arpita Khan’s house, when Eid celebrations were going on there. During this, Sushmita took a picture with Salman. Which he has posted on his social account in a very beautiful way.

Both Salman and Sushmita are seen smiling in the picture. At the same time, Sushmita is seen resting her hand and head on Salman’s shoulder. Sharing the photo, Sushmita wrote that I hope you all celebrated Eid with your loved ones and well wishers and goodies. I know I have celebrated Eid this time with Salman. He further wrote that may Allah accept all your legitimate prayers. My love and respect to everyone at home. I love you guys very much.

I hope you all celebrated Eid with your loved ones…well wishes…and in the company of goodness!!!🤗❤️

After which many comments of his fans started coming. One user wrote Eid Mubarak to you too, you look like a doll. So right there, a user liked Sushmita’s way of congratulating her so much that she wrote, “Just legitimate wishes stole my heart.” At the same time, a user even wrote that the superhit pair of Biwi No.1. It was great to see this pair who rocked the 90s together, by the way, when is Biwi No.2 coming.

Love In IPL: The girl expressed her love during the match

Salman Khan Net Worth: Salman Khan is the owner of a property of 3000 crores, from Mumbai to Dubai, there is a luxurious property! 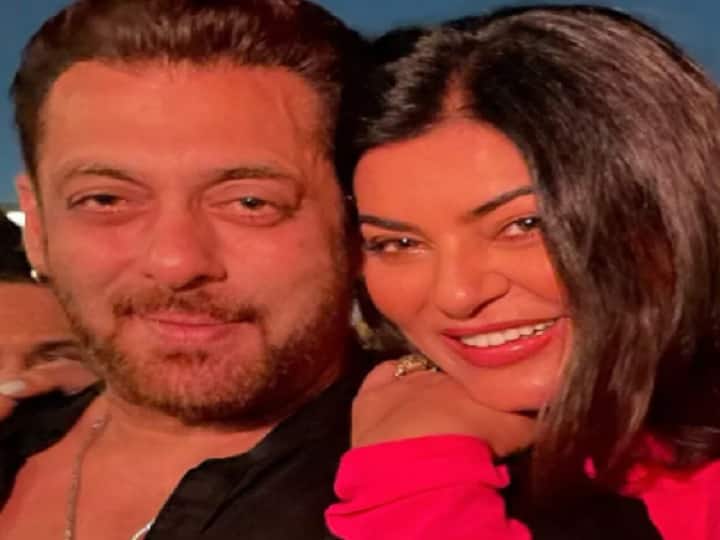