Kagiso Rabada Viral Video: A video of Punjab Kings (PBKS) fast bowler Kagiso Rabada is becoming very viral on social media. Actually, in this video, Rabada is seen speaking Hindi film dialogues during the conversation. During this, when the anchor asked Rabada that do you know Salman Khan. So in response Rabada said that no… I only know Rashid Khan. Anchors were surprised after Rabada’s reply.

‘Once I commit, then I don’t even listen to myself’

At the same time, in this video, Australian player Nathan Ellis asked Kagiso Rabada whether you know Shahrukh Khan. Kagiso Rabada replied that yes, I know this film star. Not only this, after this Rabada narrated the famous dialogue of Shahrukh Khan’s film Om Shanti Om by saying ‘Picture abhi baaki hai mere friend’. This video of Rabada and other players of Punjab Kings (PBKS) is being well-liked on social media. Along with this, fans are also commenting a lot.

MI vs KKR: Rohit won the toss, this young player’s entry in Mumbai, Kolkata made 5 changes 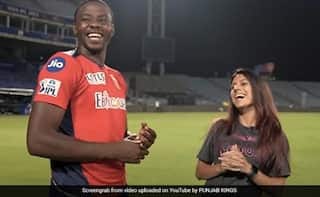