Dhoni said after the victory – it is a good thing if you reach the playoff, if you do not reach it is not the end of the world

MS Dhoni on CSK win: Chennai Super Kings (CSK) got their fourth victory in the IPL match held on Sunday night. CSK beat Delhi Capitals (DC) by a huge margin of 91 runs. It was also the biggest win of this IPL. After this victory, CSK captain MS Dhoni looked very happy. After the match, he praised his team’s batting and also praised two young fast bowlers Mukesh Chaudhary and Simarjit Singh. He also said that if his team reaches the playoffs then it will be a great thing. But even if it doesn’t happen, it’s not the end of the world.

After the match, Dhoni said, ‘Both Mukesh and Simarjeet took time to mature. There is a lot of talent in both the bowlers. The more cricket he plays, the better he will get. The success of bowling lies in knowing exactly which balls to bowl and which ones not to bowl. Especially in T20, it matters more what kind of balls not to bowl.

Mukesh Chaudhary took two wickets for just 22 runs in three overs in this match. At the same time, Simarjit Singh returned the pavilion to two batsmen for 27 runs in four overs. Both these bowlers are bowling better for Chennai. However, these bowlers did not get much success in the initial matches.

Dhoni scored 21 runs in 8 balls
Dhoni also talked about his fast batting style. He said, ‘I don’t like to hit big shots as soon as they come, but if there are only 12 balls left in the innings, then only big shots help. If you have two balls coming your way, then scoring one or two runs on them will not do anything. If one of us can score 8 runs on these two balls, then it can prove to be very helpful. Let us tell you that while batting at the fifth order in this match, Dhoni started playing big shots as soon as he came. Dhoni played an innings of 21 runs in 8 balls not out.

‘If you reach the playoffs, then you do not reach well..’
During this, Dhoni also spoke on the net run rate. He said, ‘I am not a fan of mathematics. In school also I was not good at maths. There is no point in thinking about net run rate. You should just enjoy IPL. When two teams are playing, you shouldn’t be under extra pressure thinking all this. You just have to think about what to do in the next match. If we can make it to the playoffs, that would be great. If this does not happen then it is not the end of the world. IPL-15: In the Indian Premier League (IPL) 2022, two matches were held on Saturday. In the first match, Royal Challengers… Read More »IPL 2022: After the victory of RCB and CSK, the points table changed, know the condition of all the teams 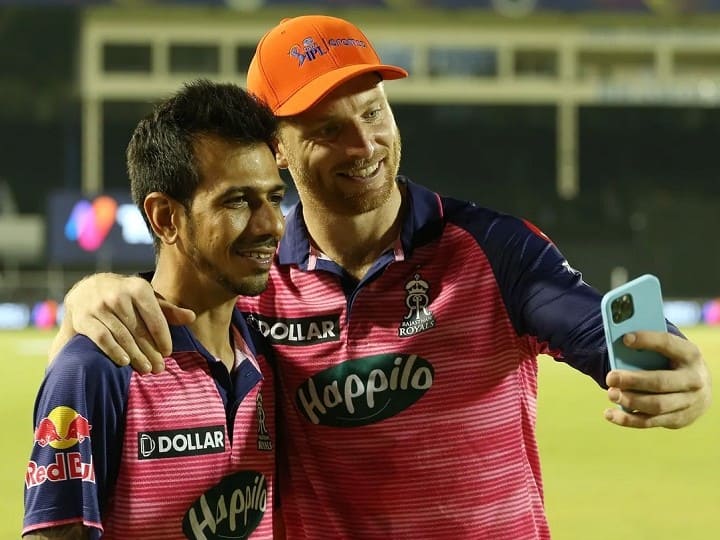 IPL 2022: Butler is leading the race for Orange Cap, these batsmen are included in the top-5

IPL 2022 Orange Cap: Rajasthan Royals opener Jos Buttler remains the highest run-scorer in this season of IPL. From the… Read More »IPL 2022: Butler is leading the race for Orange Cap, these batsmen are included in the top-5 It is impossible for these 3 teams to reach the playoffs, know the condition of other teams

IPL Playoff 2022: In IPL 2022, 2 matches were played on Sunday. In the first match, Royal Challengers Bangalore (RCB)… Read More »It is impossible for these 3 teams to reach the playoffs, know the condition of other teams