Cheteshwar Pujara: Pujara continues his success in the County Championship, scored a century in the fourth consecutive match

Cheteshwar Pujara in County Cricket: Cheteshwar Pujara, who has been out of form for a long time in international cricket, is making a splash in county cricket. He scored a century against Middlesex while playing for Sussex in County Championship Division-2. This is his fourth consecutive century in county cricket. Earlier he has scored centuries against Derbyshire, Worcestershire and Durham. In this season of County Championship, Pujara’s four centuries also include two double centuries.

Veteran player Pujara did not find any buyer in the IPL mega auction this time. This is because he was not able to play big innings for a long time. He last scored a century in international cricket in January 2019. He scored this century in the Sydney Test against Australia. Since the beginning of the year 2020 in Test cricket, he has been able to score runs at an average of just 26.29.

He flopped badly during the Test series against South Africa in December-January. He was able to score 124 runs in 6 innings of three Test matches at an average of just 20.66. He was ruled out of the Test series against Sri Lanka due to poor form. He was advised to play domestic tournament Ranji Trophy to regain the momentum but here too Pujara could not show anything special. 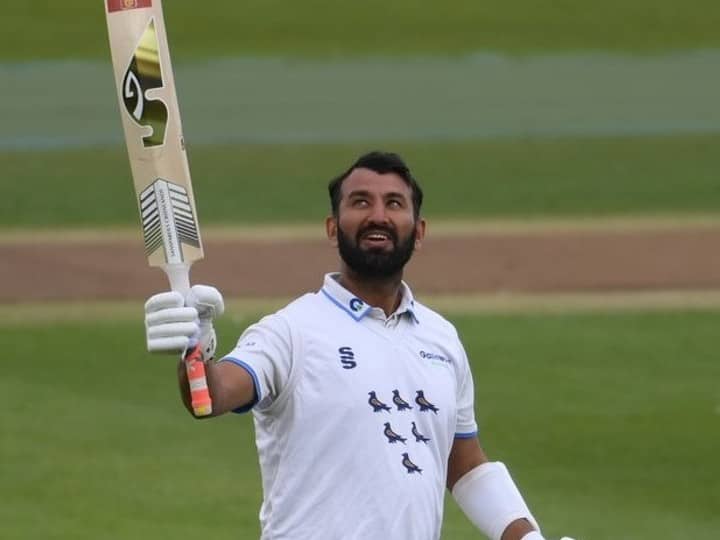 KKR vs LSG: Where did Kolkata miss against Lucknow? Captain Shreyas Iyer replied Rajasthan players retain Orange and Purple Cap, know who are involved in the race Lucknow reached the top of the points table by defeating Kolkata, these teams are at the fore in the race for the playoff

IPL-15: In the Indian Premier League (IPL) 2022, two matches were held on Saturday. Rajasthan Royals defeated Punjab Kings in… Read More »Lucknow reached the top of the points table by defeating Kolkata, these teams are at the fore in the race for the playoff