New Delhi. tv reality dance show ‘Dance Deewane 3’ There was a lot of bang in the recent episode of the show, when Bollywood’s famous actress Raveena Tandon along with Madhuri Dixit, the judge of the show, did a tremendous dance together. Let me tell you, Raveena Tandon came on this show as a guest 2 days ago. During this, the audience had a lot of fun when Raveena danced to Madhuri and Madhuri danced to Raveena’s song.

Yes, this moment became memorable for the fans of both the actresses. Let me tell you, Madhuri Dixit first danced on Raveena Tandon’s famous song ‘Tip Tip Barsa Pani’, after that Raveena danced on Madhuri’s hit song ‘Dhak Dhak Karne Laga’. After this, both of them danced together on the song ‘Nathuniye Pe Goli Mare’. Now the video of these two is becoming fiercely viral on social media, which the users are also very fond of on social media.

Let me tell you, Raveena Tandon has been away from films for a long time, but she keeps sharing her pictures and her beauty secrets with her fans through social media. Raveena Tandon will soon be seen in the Pan India film KGF Chapter 2. The teaser of the film has been released and Raveena’s first look from the film has also been shared. She is going to be seen in the role of a politician in the film. 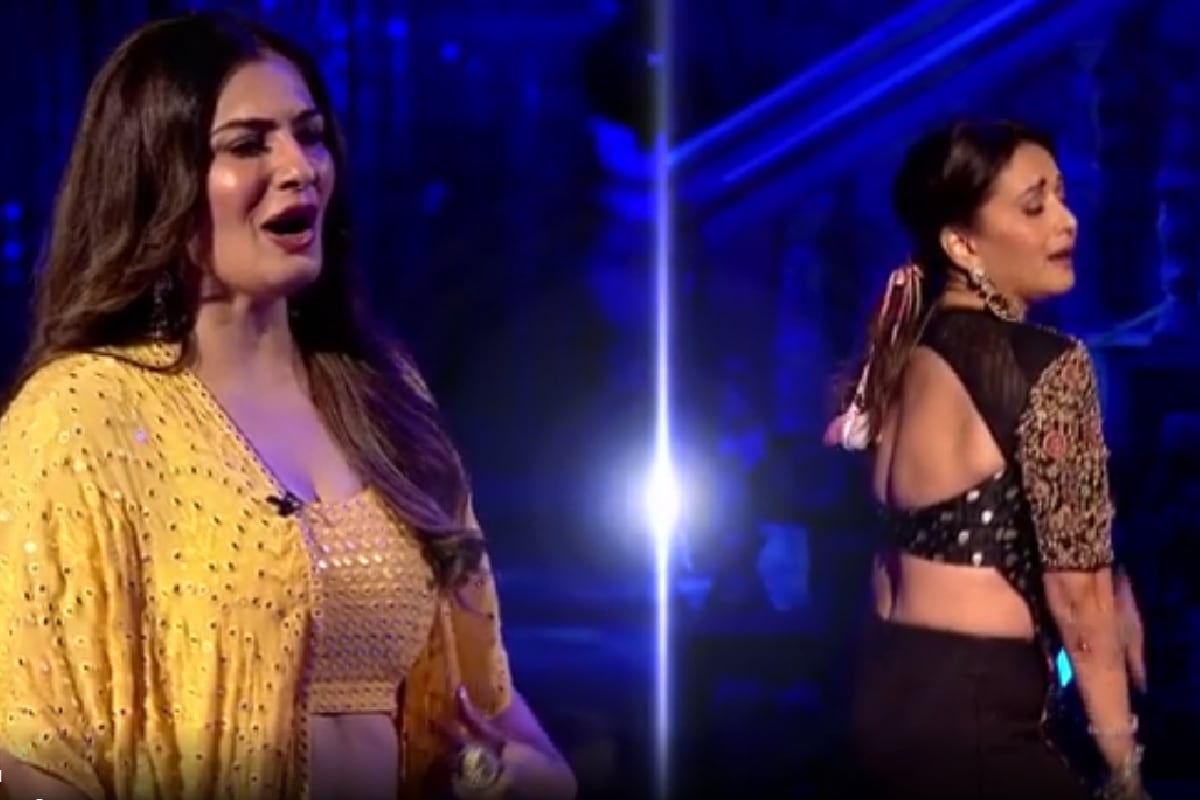