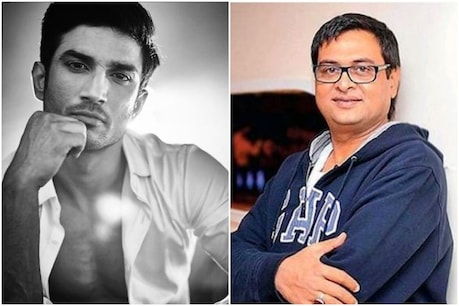 Table Of Contents hide
The sudden demise of Sushant Singh Rajput had shocked his fans and close ones (Photo Credits: Instagram/sushantsinghrajput/bollywoodfanclub103)
Last year, during the nationwide lockdown, Sushant Singh Rajput and Rumi Jafry were discussing a film.

The sudden demise of Sushant Singh Rajput had shocked his fans and close ones (Photo Credits: Instagram/sushantsinghrajput/bollywoodfanclub103)

Last year, during the nationwide lockdown, Sushant Singh Rajput and Rumi Jafry were discussing a film.

New Delhi: Sushant Singh Rajput’s sudden demise in June last year shook his friends, fans and family, who are still grappling with his absence. A day before the actor’s death anniversary, many celebs are sharing memories related to the actor. A day before Sushant’s death anniversary, director Rumi Jaffrey talks about his bonding with the late actor. Sushant and Rumi were discussing a film when there was a nationwide lockdown last year.

Talking to Pinkvilla, Rumi got emotional and said, ‘It was a deep relationship and we never clicked too many pictures together. He loved the food cooked by my wife and would often come to eat home cooked food. Life is cruel. A year ago, we used to talk to him and today we are talking about him.

Rumi also recalled her last conversation with her friend Sushant, which happened two days before her death. He says, ‘Sushant and I spoke exactly a year ago on June 12 at around 3 pm. This was our last conversation. He also told that the shooting of his film was about to start in May 2020.

He further says, ‘We had everything else with the music of the film. When the lockdown was announced in March, Sushant was a little worried about the shooting of the film, whereas we all hoped that things would return to normal by the end of April, but the lockdown kept increasing.’ Rumi said that the romantic comedy in the Corona period. It could have been difficult to shoot, so the ‘Dil Bechara’ actor suggested making another short film. Rumi said, ‘When things were getting delayed, he asked me to do something which is small, which we can shoot with a small team. These talks were taking place at the end of May last year.