Raveena Tandon had high fever, when Akshay Kumar was shooting in the rain on ‘Tip-Tip Barsa Pani’

MumbaiThe pair of Raveena Tandon and Akshay Kumar set the silver screen on fire in the film ‘Mohra’, directed by Rajiv Rai. Apart from these, there were also veteran actors like Sunil Shetty, Paresh Rawal, Naseeruddin Shah in this film. In 1994, the film became the second highest grossing film at the box office. The first number was ‘Hum Aapke Hain Koun’. The songs of this film were also tremendous. It is reported that Akshay Kumar is going to repeat ‘Tip-Tip Barsa Pani’ in his upcoming film ‘Sooryavanshi’.

The songs ‘Na Kajre Ki Dhar’, ‘Tu Cheez Badi Hai Mast Mast’ and ‘Tip-Tip Barsa Pani’ from the movie ‘Mohra’ were huge hits. People still sing these songs and dance on them. In ‘Tip-Tip Barsa Pani’, Raveena created panic by dancing in the rain in a yellow sari. Her romantic pairing with Akshay Kumar was a super duper hit. Seeing this song of Raveena Tandon even today, no one can guess that at the time of shooting of this song, Raveena was burning with fever.

In an interview given to the media, Raveena Tandon herself had told that the shooting of this film was done in very difficult conditions. The song was shot in an under construction building. At that time, pebbles were still sticking in Raveena’s feet, due to repeated getting wet in the water, a high fever also came. Since it was raining from the tank water during the shooting, it was quite cold. I had to dance around on my knees, due to which my feet were also peeled. But when the song appeared on the screen, the audience was forced to sigh after seeing Raveena Tandon. Akshay and Raveena gave a great performance in this song.

Madhuri Dixit, the judge of the show, could not stop herself from dancing to this song of Raveena Tandon, who recently arrived on the show ‘Dance Deewane’. Both the actresses shared the stage together and first Madhuri Dixit danced to Raveena Tandon’s famous song ‘Tip Tip Barsa Pani’, then Raveena danced to Madhuri’s hit song ‘Dhak Dhak Karne Laga’. 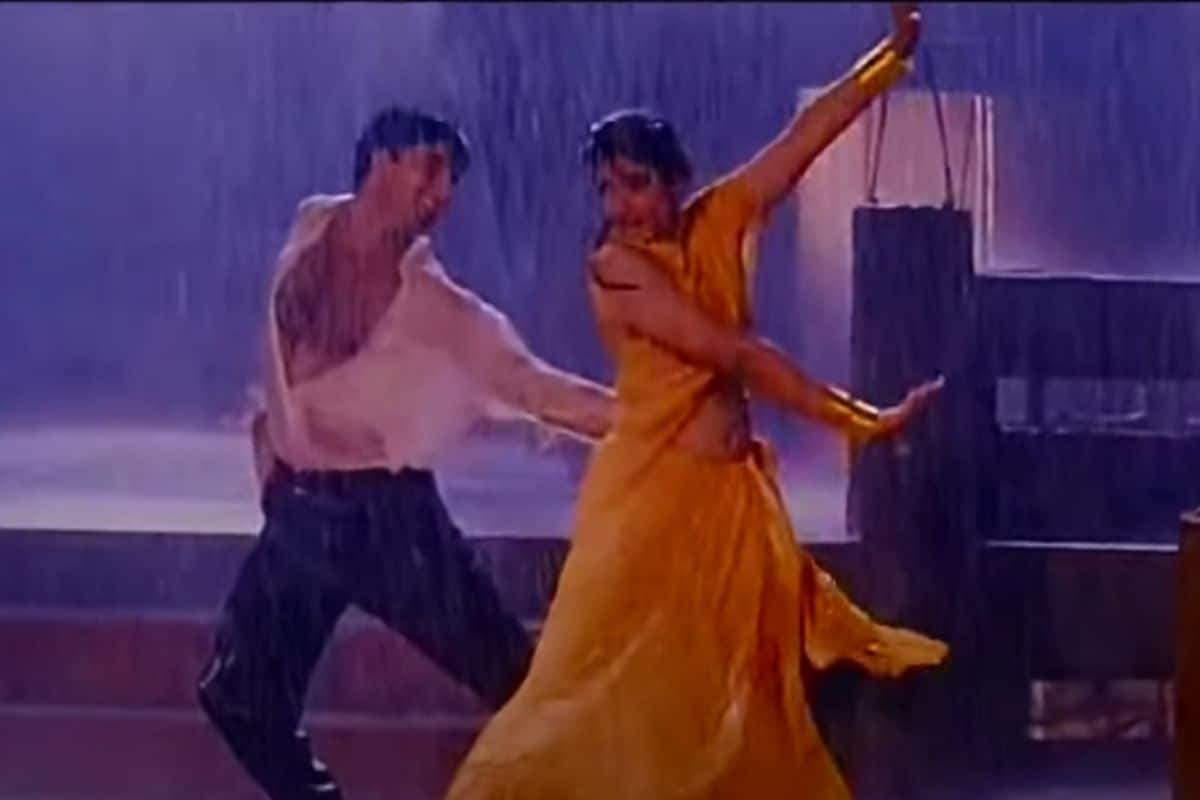