On the first death anniversary of Sushant Singh Rajput, the pain of the celebs, said – you remember friend Today it has been a year since Sushant Singh Rajput passed away. On this occasion, many Bollywood celebs are remembering him by heart and are expressing their feelings on social media.

New Delhi: late actor Sushant Singh Rajput On his first death anniversary, many Bollywood stars are remembering him. Many people from the film industry are constantly writing emotional notes for Sushant on social media. Let us tell you, on June 14 last year, Sushant committed suicide by hanging himself at his Mumbai flat.

Filmmaker Abhishek Kapoor has shared a post about Sushant. He writes, ‘A year ago today.. still numb.’ Let us tell you that Sushant worked in the films ‘Kai Po Che’ (2013) and ‘Kedarnath’ (2018), directed by Abhishek Kapoor. Bhumi Pednekar, co-actor of Sushant’s film ‘Sonchiriya’, wrote, ‘Miss you. Together, you miss your questions and everything we used to talk about. From stars to unknown things, you showed me a world I had never seen before. I hope you have found peace, my dear Sushant…Om Shanti.’ Another actor Ranvir Shorey of the film ‘Sonchiriya’ wrote, ‘You have taken off your debt, left us here in the desert…’ 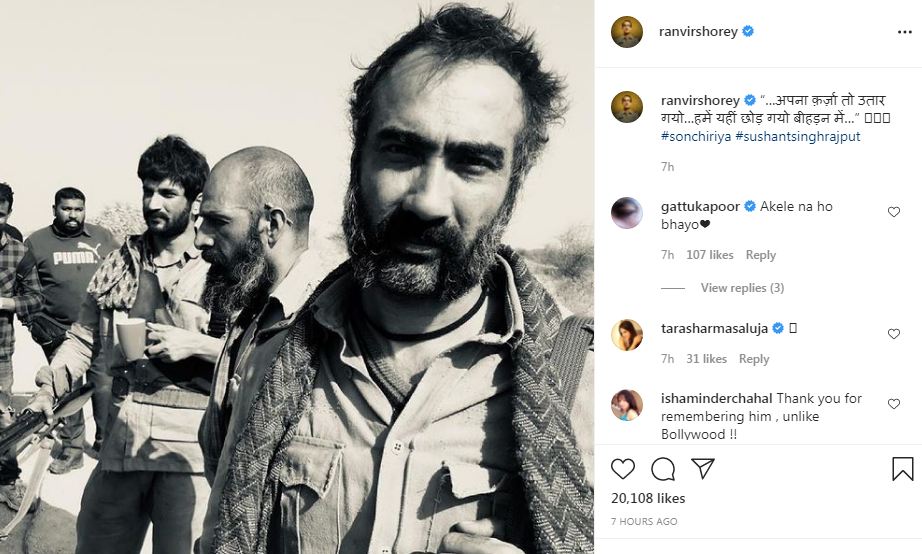 Actor Shashwat Chatterjee of the film ‘Dil Bechara’, which was released after Sushant’s death, wrote, ‘Remembering every single moment spent with you Sushant… Memories never fade.’ Casting director Mukesh Chhabra tweeted, ‘Nothing looks the same. The emptiness created by your passing still remains. I hope to see you once again. You miss me brother. Many more of Sushant’s colleagues in the film industry remembered him. Pulkit Samrat wrote on Instagram, ‘The world lost you a year ago and my mind immediately goes back to the time when we had a brief encounter at an award show. We shook hands and went our separate ways. Memories evoke emotions in a funny way. I still remember when I heard that you were no more, it felt like a loss to me. Remembered that small meeting again today…’