Important day for Raj Kundra in the rape case, today is the last day of police custody

Along with Kundra, the police custody of his company’s IT head Ryan Thorpe is also ending today. Raj Kundra was arrested by the Crime Branch of Mumbai Police on 19 July. After which Kundra filed a petition in the Bombay High Court for bail challenging the police custody. Kundra had filed this petition calling his arrest illegal. On which hearing is to be held today. 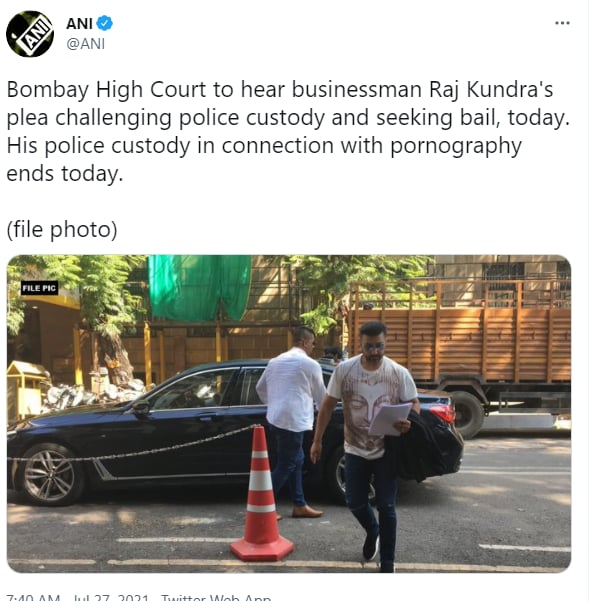 Will Raj be freed from police custody today or he will have to spend more days behind bars. Because in the pornography case so far the police have got many evidences. The Crime Branch team has also got some videos from the secret locker of his office. At the same time, many international transactions have also been revealed from the joint account of Raj Kundra and Shilpa Shetty.