IPL 2022 TV Ratings: These days the 15th season of IPL is being played on the grounds of Maharashtra and Pune. So far 52 matches have been played in the tournament. Soon the maths of the playoffs will also become clear. IPL 2022 is not getting a lot of love from the audience, which is why this season there is a huge drop in the ratings of the league. Recently, the ratings for the fourth week of IPL 2022 came out. A 35 percent drop has been registered in the ratings this week. Never in the history of the league have there been such low TV ratings.

Star Sports-1 Hindi also at number four
To further enhance the thrill of IPL, this time two new teams Gujarat Titans and Lucknow Super Giants were included in the tournament. This time most of the matches in the league are being played in the evening only. Only 12 double headers were to be played this season. Even after this, there is a huge drop in TV ratings. If you look at the TV ratings of the channels, then Star Sports-1 Hindi has also come at number four. Talking about the first four weeks, there has been a 30 percent drop in the TV ratings of IPL.

did not affect popularity
The Board of Control for Cricket in India had expressed concern over the fall in TV ratings. Chairman Brijesh Patel had said that it is true that TV ratings have come down, but this has not affected the popularity of IPL. He claimed that fans are now enjoying IPL by going to groups, restaurants and bars. Let us tell you that there was a 33% drop in TV ratings in the first week. After this, a decline of 28% was seen in the second week. The rating for the third week was 3% lower than the previous year.

Reasons for fall in IPL ratings

SRH vs RCB: Tomorrow, Bangalore will wear green jersey against Hyderabad, know what is the reason

IPL 2022: These players have been hit wickets in IPL before Sai Sudarshan of Gujarat, see who is included in the list 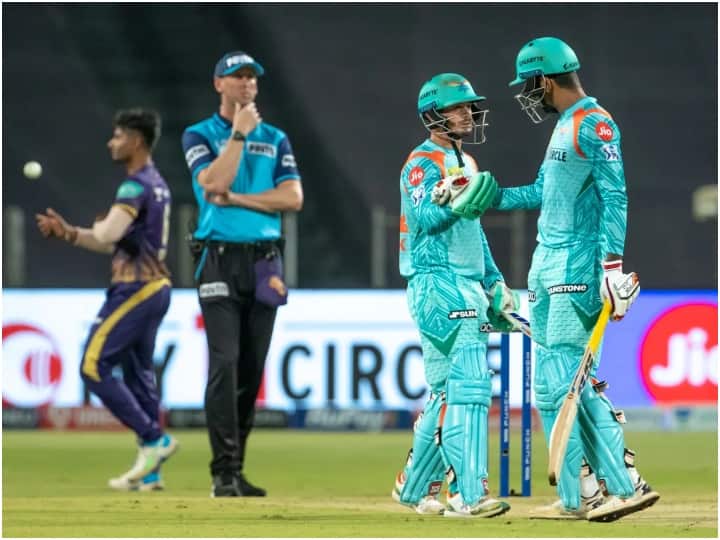 ‘I have not been treated well for the last few years’, Chris Gayle’s anger over IPL

Gayle’s big disclosure about not playing in IPL 2022: During the IPL 2022 auction, Chris Gayle did not give his… Read More »‘I have not been treated well for the last few years’, Chris Gayle’s anger over IPL