Ben Stokes scored 34 runs in one over, hit 17 sixes, scored a century in just so many balls, Video

Ben Stokes County Record: After becoming the captain, Ben Stokes is once again seen in his old colors. He made a great comeback after returning from injury. After his return, he scored 34 runs in a single over. Ben Stokes hit five sixes in the first five balls of the over and hit a four off the last ball. During this, he made his century in only 64 balls. After this innings, Ben Stokes is dominated on social media.

County cricket is currently being played in England. There the match is being played between Durham and Worcestershire. In this match, Ben Stokes came to bat at number six and in this match, he played with care for some time in the beginning. During this time, he was playing 70 runs off 59 balls. After which Ben Stokes started appearing in his own color in the 117th over and he hit a six on the first of this over. After this, he hit a six on the second ball as well and he did the same for the third ball. Ben Stokes did not stop here and hit a six off the fourth ball as well. Ben Stokes took the fifth ball across the boundary line. Everyone’s eyes were on the sixth ball, but this ball went for only four runs. After which when the over ended, he was unbeaten on 104 off 65 balls. After this, Ben Stokes hit two sixes on the last two balls of the next over as well. Ben Stokes has hit 15 sixes in this innings so far and he has also become the player to hit the most sixes in a match in a county Test.

34 from six balls for @benstokes38 as he reaches a 64 ball century#LVCountyChamp pic.twitter.com/yqPod8Pchm

Root has been replaced as captain

Joe Root resigned from the captaincy after the team’s poor performance in the West Indies. After which Ben Stokes has been made the new captain of the team. Ben Stokes was battling an injury for some time. In such a situation, after his return to county cricket, the Test team of England will get strength in the coming times. 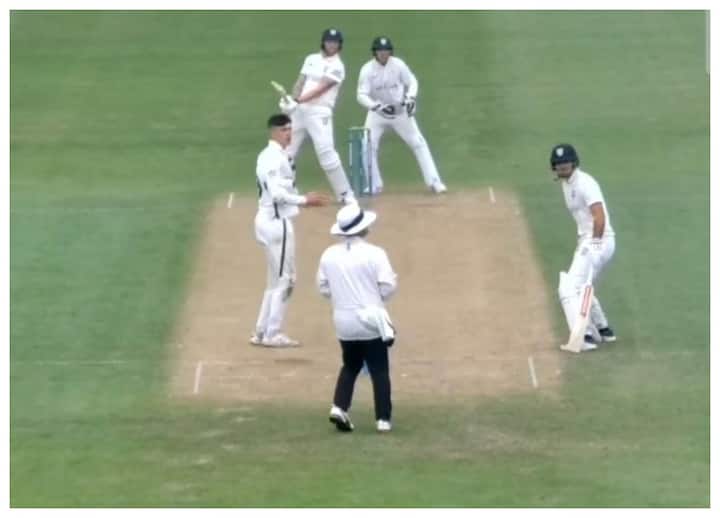 Mohammad Amir On His Return In International Cricket: Pakistan fast bowler Mohammad Amir has rubbished speculations of a possible return… Read More »Mohammad Amir made a big statement about his return to Test, had retired at the age of 28